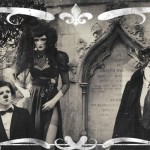 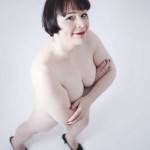 Following a critically-acclaimed run at this year’s Edinburgh Festival Fringe, join burlesque performer, Miss Glory Pearl, in her debut one-woman show; a  no-holds-barred look at the body and our (usually laughable) attitudes towards it. Bridging the gaps between theatre, spoken word and stand up comedy, The Naked Stand Up is a witty, eloquent and heart-felt exploration […] 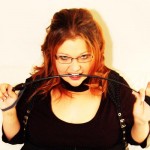 A one woman show from writer, comedian and ex-sex worker, Miranda Kane, who used to be Melody – a £2,000 per night escort, weighing over 300lbs to boot. In this tell-all comedy, Miranda exposes the truth about sex workers, their clients, and all the hilarious, heart-warming and often bizarre moments in a unique career. A […] 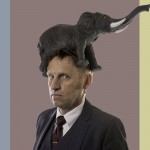 Performances of the fantastic, acts of the awesome and feats of the mundane. Mr Hicks presents his unexpected, playful, funny world. Death defying Frank the dog, acrobatic elephants, chain reaction contraptions and vindictive rabbits… A one man cabaret of illusions, deadpan comedy, magic, puppetry & the beautifully bizarre. Jon performs at festivals, in theatres and […] 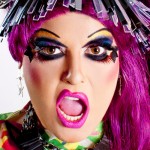 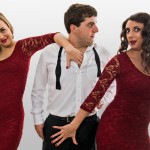 Born out of a fiery feminist agenda The Ruby Darlings give an outrageously honest yet totally sexy look at life with a vagina. The comedy cabaret duo supported by their divine pianist, David, offer guidance on self-pleasuring tactics, celebrate pubic hair through the medium of rap and tip into uncharted sexual territory with their unassuming […] 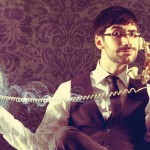 Award-winning ‘Psychic’ Comedian, Peter Antoniou bring his all-new mind reading show to the Mimetic Festival! Simply focus on a question about anything and he’ll read the question from your mind and provide an answer. It doesn’t matter if it’s about your past, present, future, your love life, or what colour your underwear is, anything goes […]

Join the 6 year old cabaret monstrosity Baby Lame for a punk-horror-drag night of song, dance, film and balls-out performance chronicling her much storied return to the spotlight. A cocktail of bombastic bad taste… scream along with Baby and her cracked out family in a show that has all the gut wrenching honesty of ‘In […] 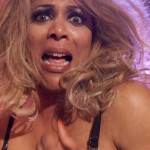 An evening with the UK’s favourite import from Detroit Michigan singing LIVE songs from jazz, blues, gospel and show tunes. Also expect educational and fun stories about living as a transwoman and relationships with men from her hometown of Detroit. This powerful singer promises you a night filled with fun and laughter. Reviews: ‘Mzz Kimberley […]